Dante DeMiro, age 43, was the founder and managing director of MuniVest Financial Group and MuniVest Services LLC in Southfield, Michigan, where he served as an investment adviser to various municipalities, credit unions, school districts, and trade 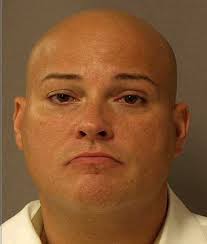 unions. From at least March 2009 to September 2010, DeMiro falsely promised multiple clients that he would purchase millions of dollars in certificates of deposit (CDs) for investment on their behalf. Among his victims were municipalities, a school district, a bank, and a credit union serving church members, employees and other church related institutions.

Instead of using the clients' funds to purchase the CDs, DeMiro wrongfully diverted the investments in order to make loans to a local jewelry store and re-pay other prior investors.  Yet another Ponzi scheme, replete with con artist and far too many unsuspecting victims.  The losses in DeMiro's scam were initially calculated at approximately $10 million.

On April 19, 2011 Dante DeMiro pled guilty to five counts of bank and wire fraud. DeMiro stipulated that the loss caused by his fraud exceeds $7 million, and that he abused a position of trust in his fiduciary capacity as an investment adviser.  Sentencing is scheduled for July 12, 2011.