If you visit the DecorMyEyes.com website's "About" page (which was still up as of May 12, 2011), you will find this reassuring commentary:

With a vision that the internet is the way of the future, one savvy young techie/marketing guru convinced his friend, who had over ten years experience in the optical industry, that they should join forces using their combined expertise to create a retail website.

DecorMyEyes.comwas launched in 1999 as a grassroots effort to offer discount eyewear to the online shopper. Seven years later, DecorMyEyes.com now offers more than 25 brands of sunglasses at prices up to 70% off retail and has established itself as the leading e-tailer of discount designer and name brand sunglasses. . .

I'm with you - that sounds great!  Eyewear has really gotten expensive, particularly sunglasses. What a great idea. Online, discount eyewear.  Sign me up.

The Frightening Reality Behind the Shades

Since at least January 2007, Vitalyi Borker owned and operated "DecorMyEyes.com," an online retailer of purported luxury eyewear, based in Brooklyn, New York.

So - what do you think that first sentence is setting you up for? Yeah, you got it. It's never a good indication when the phrase "luxury eyewear" is preceded by the word "purported."

Frankly, this is as jaw-dropping a story as I have told.

Borker has been the subject of hundreds of consumer complaints filed with the Federal Trade Commission and other consumer protection agencies by victims across the United States and in countries abroad.  Not only have his victims relayed their stories about oral abuse, but they also presented documented communications and emails to substantiate their claims that Borker threatened and harassed his customers when they complained.

What's to complain about when it comes to eyewear, you might wonder. There's two stems, two hinges, a frame, and two tinted pieces of glass. Hey, we're not exactly talking about an Apple iPad here.  On the other hand, we are talking about eyeglasses that were sold as the real-deal luxury models but frequently turned out to be defective, damaged, used, and/or counterfeit.  And, like, duh, they somehow rarely if ever came with the promised "certificate of authenticity."

In Borker's defense, he didn't exactly seem to be buying the glasses directly from the original manufacturers - not that that's much of a defense. In fact, the eyewear was purchased by him on eBay and from intermediary vendors.  Not exactly a prescription for getting the real goods.

Which is not to suggest that Borker didn't have a returns policy. Apparently he did - and it was quite a piece of work. If you sent something back or complained, you could find your credit card socked with, for example, an unauthorized 20% restocking fee or a bogus repair charge.  Taking these even further over the line, Borker would receive your returned merchandise but, somehow, you would never get the promised reimbursement or replacement for which you had been charged.

As you likely figured out, more than a few dissatisfied customers went ballistic in response to such customer disservice.  And, as you likely anticipated, Borker had his own unique follow-up customer policies.

A Bridge Too Near

When some customers threatened to report Borker to their credit card providers or consumer protection agencies, Borker pulled out all the stops. Pretending to be "Stanley Bolds" or "Tony Russo," this entrepreneur would chillingly call his unhappy customers and warn them that he had their personal information, knew where they lived, and would go to whatever lengths were necessary to assault them or their families.

At this point, you might be smiling and rolling your eyes - hey, that's what you get for dealing with some unknown con artist on the Internet.  However, there's stonewalling unhappy customers and then there's crazy, stupid, frightening, over-the-top criminal threats.

In June 2010, one female customer of DecorMyEyes.com complained to Borker that she had not received sunglasses that she had purchased.  Borker called her both a "stupid bitch" and a "cheap Jew," and warned her that he knew where she lived and would turn her life into a living hell.  As if that wasn't abusive enough, he subsequently claimed that the style she ordered was out of stock and, as a result, she would have to pay a 20% restocking fee!  Amazingly, she finally received a pair of sunglasses - but they were counterfeit.  Then, if you can imagine, it got even worse for her.  The customer started to get phone calls from Borker, often in the middle of the night, and he warned that he was watching her and would "kick her ass."  The most chilling threat was still to come. Borker threatened to "anally rape" the customer.

In July 2010, another female customer of DecorMyEyes.com (a resident of Manhattan), attempted to return a defective and likely counterfeit pair of glasses. To add insult to injury, DecorMyEyes had made unauthorized charges against her credit card.  Following receipt of her complaint, Borker threatened her with physical violence. Frankly, that explanation doesn't even remotely begin to do justice the terror that the customer must have felt. More specifically, Border said that he had her personal information and  address, that he was only one bridge away from Manhattan.

On December 6, 2010, Borker was arrested at his Brooklyn home, at which time federal agents found several firearms and ammunition. Pursuant  to a federal criminal Complaint, Borker was charged with one count each of : 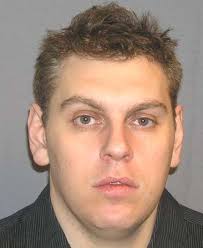 On May 12, 2011, Borker, 34, pled guilty in the United States District Court for the Southern District of New York to:

Borker faces a maximum term of 50 years in prision:

Borker is scheduled to be sentenced on September 16, 2011.