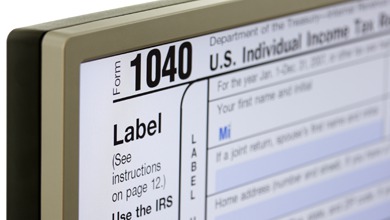 Pepper: Well, the tax code is so complicated, and there are so many ways to get tripped. If you own your own business or you have a consulting business on the side and, you know, you're moonlighting, et cetera, you're much better off to have somebody do it for you.

One area that people get into a lot of trouble with, one of the flags for example for being audited, is the home office deduction. And if you're not doing that one correctly, that's one of the easiest ways for the IRS to pluck your name out if you have our own business. And a lot of people start their companies in their home quite legitimately. But they don't necessarily know how to do those deductions in a way that is proper. And so they would be much better off having a CPA work with them to avoid an audit, which is expensive and traumatic.

Singer: I think Carol makes a really good point, which is that you have a lot of small-business owners today who to some extent not only can't afford to pay tax but they can afford to hire professionals to do it. And what happens is when you initially set up your businesses these days, a lot of accountants are setting up small businesses with QuickBooks or Quicken programs, which are after all created by Intuit, which is almost a direct pipeline into TurboTax. So you actually have this phenomenon where more and more small businesses are doing their books through QuickBooks to Quicken which then dump into TurboTax.

And as Carol points out, quite frequently, you know, just because you're filling in a blank on the computer program doesn't mean, one, that you're doing it correctly, and it doesn't mean that if you went to a CPA that he or she wouldn't be able to find a better deduction for you. But, you know, the other problem we have right now is a number of states have announced that they're going to be delaying the repayment of taxes that are owed back to taxpayers.

So one would assume that a natural phenomenon next year will be a lot of people are going to underpay their taxes figuring that they'd rather pay the government what they owe them than sit around waiting three to six months for the government to get around paying them. So we're going to have a lot of interesting changes in the next few years with taxes, that's for certain.

Shilling: When you talk about tax complications, I think the easiest way to get tax simplification in this country would be to have a law that forced in Congress and in the administration to do their own taxes.

Singer: Could we get Charlie Rangel to head up that committee?

Twitter is a free service that lets you keep in touch with people through the exchange of quick, frequent answers to one simple question: What's happening? Join today to start receiving BrokeAndBroker's tweets.