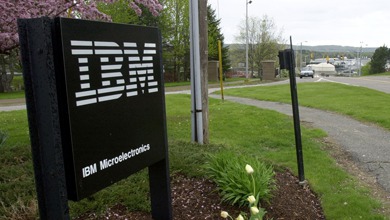 With Marc Lowlicht and Bill Singer.

Seventy-nine-year-old widow Lois Pillen alleged that in 2007, various securities were purchased in her Wachovia Securities LLC account without her authorization.  Pillen complained that Wachovia "reconstructed " her securities portfolio in a manner that was unsuitable for her. As a result of the allegedly unsuitable portfolio, Pillen claimed that she incurred a substantial tax liability and significant account losses of at least $95,000.00 in compensatory damages.

Pillen filed an arbitration complaint against Wachovia, in which she asserted claims for

·         Violations of the Financial Industry Regulatory Authority (FINRA) Rules of supervision and suitability;

In the Matter of the Arbitration Between Lois Pillen, Claimant, vs. Wachovia Securities, LLC., Respondent (FINRA Arbitration 09-01827, May 18, 2010). Respondent Wachovia generally denied the allegations and asserted various affirmative defenses.

The FINRA Arbitrator found Respondent Wachovia liable for $26,000.00 in compensatory damages plus interest; and ordered Wachovia to pay Pillen $225 in costs.

Bill Singer's Comment:  In discussions with clients -- particularly those who sandbag me with last minute revelations about weaknesses in their cases -- I often find myself remarking that "I don't know what I don't know."  In reviewing many FINRA arbitration decisions, I find myself telling myself the same thing (which is troubling because at my age, talking to myself isn't exactly an encouraging development).

Why did I publish this case?  Well, for one thing, it's something of a classic.  Ya got yer iconic septuagenarian widow claiming to have been victimized by unauthorized/unsuitable trading in her account at a nationally known brokerage firm.  We veteran Wall Street lawyers often talk about "widows and orphans cases." They are very difficult to defend because, well, gee, like that's a tough one to figure out?  On the flip side, they are also often somewhat hard to prosecute as a Claimant's lawyer because you frequently have a stubborn, charming, angry, its-a-matter-of-principle client who comes to your office with a shopping bag filled with scraps of papers, magazine articles, recipes, and family photos (not to mention a damages calculation that is a multiple of whatever you have computed).  You also find yourself asked whether you're single and if you would like to meet a beautiful, bubbly, intelligent daughter, who married some bum, who should rot in hell. Oh, so you're married?  Is that working out? Oh, it is -- well, do you know anyone?

Why did Wachovia try this case rather than settle? Who knows -- that insight is not provided in the FINRA Decision.  Maybe some in-house lawyer kept adding up all of the alleged damages and kept coming up with a fraction of the $95,000 sought by Claimant Pillen.  Maybe Wachovia offered Pillen what it thought was a fair settlement and she wanted "all or none."  Whatever the case, Pillen walked away with about a quarter of what she sought, which, for all we know, may have been her dollar-for-dollar losses.  Of course, the publicity from this widow case is likely far more damaging to Wachovia than the $70,000 savings it incurred by going through a fully contested hearing.

As I often say, not every case has a winner or a loser.  Sometimes it's a murky, gray outcome. Pillen is just such a case.